Before we examine the transportation innovations for a post-carbon country, we must assess the ecologically degrading features of conventional systems. 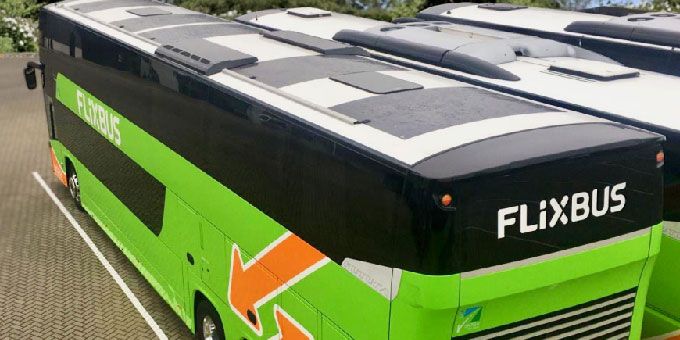 4 Innovations for a Post-Carbon Transportation System

Most vehicles rely on fossil fuels for power, producing greenhouse gas emissions. Environmental engineers and scientists evaluated the sustainability limitation and developed practical solutions. Before we examine the transportation innovations for a post-carbon country, we must assess the ecologically degrading features of conventional systems.

Ecological Challenges in the Transportation System

One of the most recognized forms of sustainable transportation is electric vehicles (EVs). Tesla became popular in 2013 when it released its Model S EV. Unlike traditional cars, Teslas produce zero tailpipe emissions.

EVs are considerably more energy-efficient and less environmentally degrading than gas-powered cars. Recent research identifies the technology’s sustainability limitations, including its power sources, giving manufacturers something to strive toward improving.

Electrify America recently installed 30 renewable energy charging stations in rural regions of California, decreasing reliance on the grid. The technology reduces atmospheric pollution and increases an individual’s accessibility to EVs. Because EVs are relatively new, there are few charging stations in the nation.

Many consumers must plan long trips based on the location of EV charging stations to charge up and perform basic maintenance tasks. They also may avoid rural regions with limited compatibility with the technology. Solar chargers show the potential for expanding national EV accessibility and supporting a post-carbon transportation system.

Unlike other nations, America is spread out and contains a diverse topography. In some areas, like New York City, individuals can easily commute to and from work on a bike. Rural community members may experience limitations to alternative forms of transportation.

Similar to electric vehicles, a bike’s carbon footprint depends on its charging source. When individuals charge their transportation devices using renewable energy, their footprint shrinks. Communities can increase bikers’ access to solar energy and improve their region’s compatibility with the alternative form of transportation by installing solar bike paths.

In the Netherlands, innovators are creating a green bike path using photovoltaic panels as the base. The dark color of the trail attracts more solar energy, generating large quantities of electricity over time. The current model uses on-site electricity to power overhead lights and heat the path in winter, reducing snow and ice accumulation.

Preserving the path throughout the seasons increases the community’s access to alternative forms of transportation. It also shows potential for producing renewable energy by sustainably charging electric bikes. The devices also increase accessibility by adapting to various commuters.

Physical impairments limit specific individuals from riding bikes instead of driving gas-powered vehicles. Electric bikes require no peddling unless a rider prefers that method of transportation. The technology helps people eliminate their carbon emissions while working within their range of mobility.

Another innovation supporting a post-carbon nation is the Hyperloop. The technology quickly transports passengers in pods within a tube, like a subway. SpaceX and Tesla designed Hyperloop, which relies on solar power and batteries to enhance its sustainability.

Unlike conventional public transportation systems, the technology moves individuals at nearly 750 mph. It can transport passengers from Los Angeles to San Francisco in about half an hour. The technology’s high speed and low environmental impact increase its appeal.

Hyperloop can effectively decrease the amount of traffic on California’s highways and reduce idling emissions. Personal vehicles generate nearly 30 million tons of greenhouse gas emissions from idling annually. The new transportation system can significantly improve the efficiency of driving and traveling through the pods.

FelixBus recently developed a new solar project, placing panels on their buses’ roofs. The German company established a carbon-neutral goal to eliminate emissions by 2030. Its bus design is helping to achieve the objective.

The rooftop panels create enough electricity to power a bus’s battery for an entire trip. Previously, the vehicles relied on diesel to charge the battery, increasing greenhouse gas emissions. Now, the system saves nearly 1.7 liters of nonrenewable fuel every 62 miles.

If major cities adopt solar-powered buses for public transportation, they can significantly decrease their reliance on fossil fuels. In a post-carbon environment, increased prices and government regulations limit our access to conventional fuel sources. Transitioning our reliance away from nonrenewable energy toward clean sources can help us achieve our carbon-neutrality goal.

Individuals can ease their transition into a post-carbon environment by decreasing their use of fossil fuels today. Installing solar panels on roofs can increase reliance on renewable energy. People can also invest in an electric vehicle or emissionless form of transportation to reduce greenhouse gases. Every effort made gets us close to a cleaner, healthier planet.