A new study suggests that the Earth’s inner core might have been softer than first thought. Throughout the history of geological research, it was believed that the inner core of our planet has a solid structure. The core composition is made up of iron alloy materials that are compressed to each other, forming a massive metallic ball. The most accepted inner core model is wrapped around the liquified outer core, but the new theory implies the contrary. 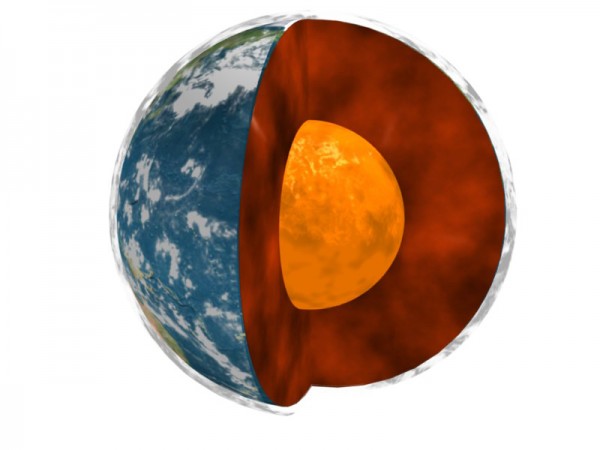 The new findings said that the inner core’s structure is similar to the outer core. The data gathered from the examination raises a unique perspective on the center of the Earth, where its metallic and solid form is actually semisoft or even liquid. University of Bristol seismology expert Jessica Irving said in a Live Science report that accumulating discoveries on the inner core present that it is not just a boring iron ball and that we are finding a new world hidden beneath us. As the studies on the core get and advancement, there are many changes added to the things experts first thought regarding the inner core.

Earth’s inner core has been a topic for debate in many research and was the main interest of its mysteries in its early discovery. Among the literature that contributed an enigmatic effect to Earth’s core is the famous Journey to the Center of the Earth, created in the 1860s by Jules Verne. The adventurous feature of the book was seemingly debunked in the 1950s when experts collectively agreed that the planet’s inner structure was not hollow but was made of a compressed composition that would not allow any living thing to thrive in its environment.

Earth’s core does not have any space in between its materials, and the pressure recorded from it exceeds the measurement that people can imagine. The characteristics of the inner core are the simplest reasons why humans and any technology would not barge into it. Irving said that the only way to see the inner core is if something devastating breaks the planet.

Because of the inner core’s challenge to observation approaches, seismic waves were utilized to map the core and its corresponding materials. Through seismic waves, vibrations will help experts to visualize what the unseen orb looks like.

ALSO READ: Earth Tipped From Its Axis 84 Million Years Ago; Planet’s Layers Responsible for the Movement

Inner Core is Not Entirely Made of Solid Metal

Hawaii Institute of Geophysics and Planetology expert and author of the study Rhett Butler found that the previous data gathered from seismic waves were off. The expert noticed that when the waves were deployed, they should have passed through a solid sphere of iron, but some were deflected and were thrown off course. Because of this, Butler and their colleagues evaluated the numbers from the readings, and it was found that the inner core had small pockets that contained mushy, semi-solid, and liquid iron.

Although the readings that appeared had soft parts, Butler clarified that the entire inner core was not liquified. The melted regions could not reach the initial readings before, but the team is expecting more studies that would identify the inner core’s physical state and its impact on the planet’s magnetic process. The study was published in the journal Physics of the Earth and Planetary Interiors, titled “Antipodal seismic reflections upon shear wave velocity structures within Earth’s inner core.”

Check out more news and information on Geology in Science Times.